I intend to preserve glove making in Czech republicAccreditation of the Ministry of Education, Youth and Sports

Make your own gloves workshop was devised by Ludmila Osičková , who devotes herself to many diverse activities, such as upholstery, health food or yoga.

Still, her biggest passion remains glove making. She entered this field in the early nineties as a student of a vocational school. „I decided to study the subject of glove making in Dobříš that most of my classmates escaped from pretty quickly, but I did enjoy it.
I started my career as a seamstress in a workroom, operating a Štěp machine (sewing machine brand)” says Ludmila Osičková. In the course of the following five years she got down to design and sewing collections. Subsequently holding the position of a director enabled her to develop in both marketing and management spheres. “They chose me to take a part in the business section. We went to exhibitions and trade fairs, I have also learnt technical English”, explains Ludmila Osičková.

She (has) decided to leave and set up a new workroom together with one of her colleagues after the owner of a local glove making facility was reducing labour back in 2000.

The further experiences of Ludmila Osičková in this field present like a rolercoaster from immense euphoria while building new workshops with new owners to big disappointments after they decided to relocate the production to “cheaper” countries. “The last owner took this step in 2018 when he shut down Dobříš manufacture with dozens of seamstresses and shifted the business to Morocco. I was a leader of the team where main and the most complicated sewing was performed by ‘ladies” of retirement age and younger seamstresses were usually responsible for preparation and gloves completion”, says Ludmila Osičková. Because experienced workers are going to retire and their expertise will not be passed on to anyone younger, we face a possibility that glove making in Czech republic will come to its end.

“Glove making is a beautiful field with wonderful tradition, and I am the last one to teach it. It presents both a challenge and a mission for me. Therefore I intend to continue with this Czech tradition”, says Ludmila Osičková.

Regular exercise and teaching of hatha yoga is filling her with energy needed to do so. 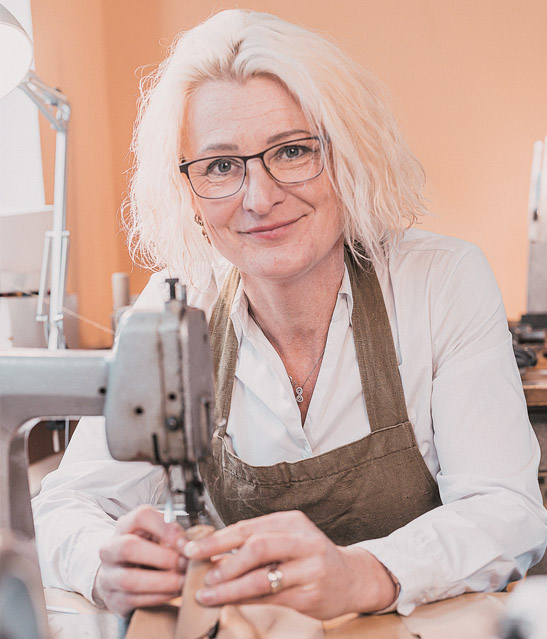